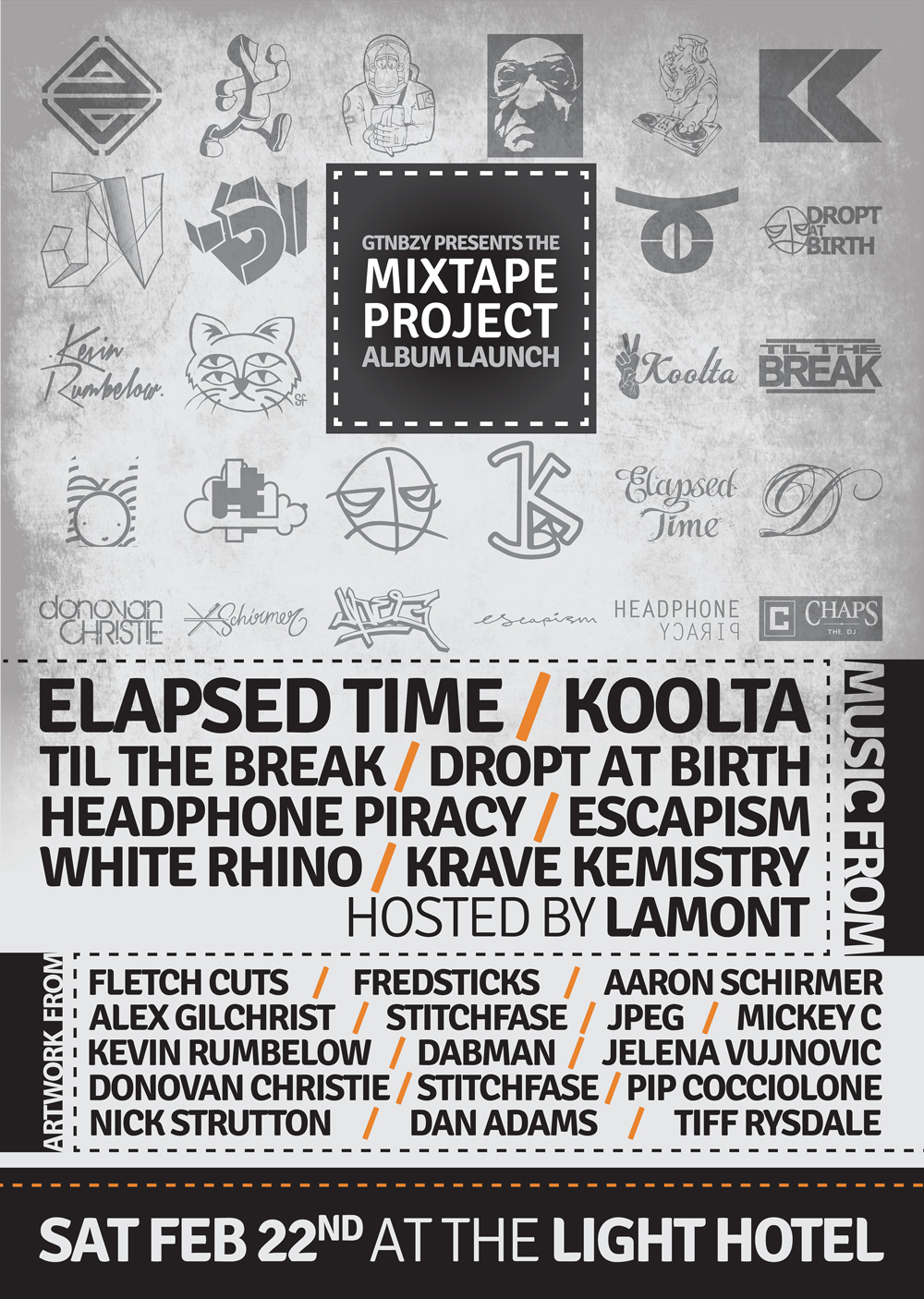 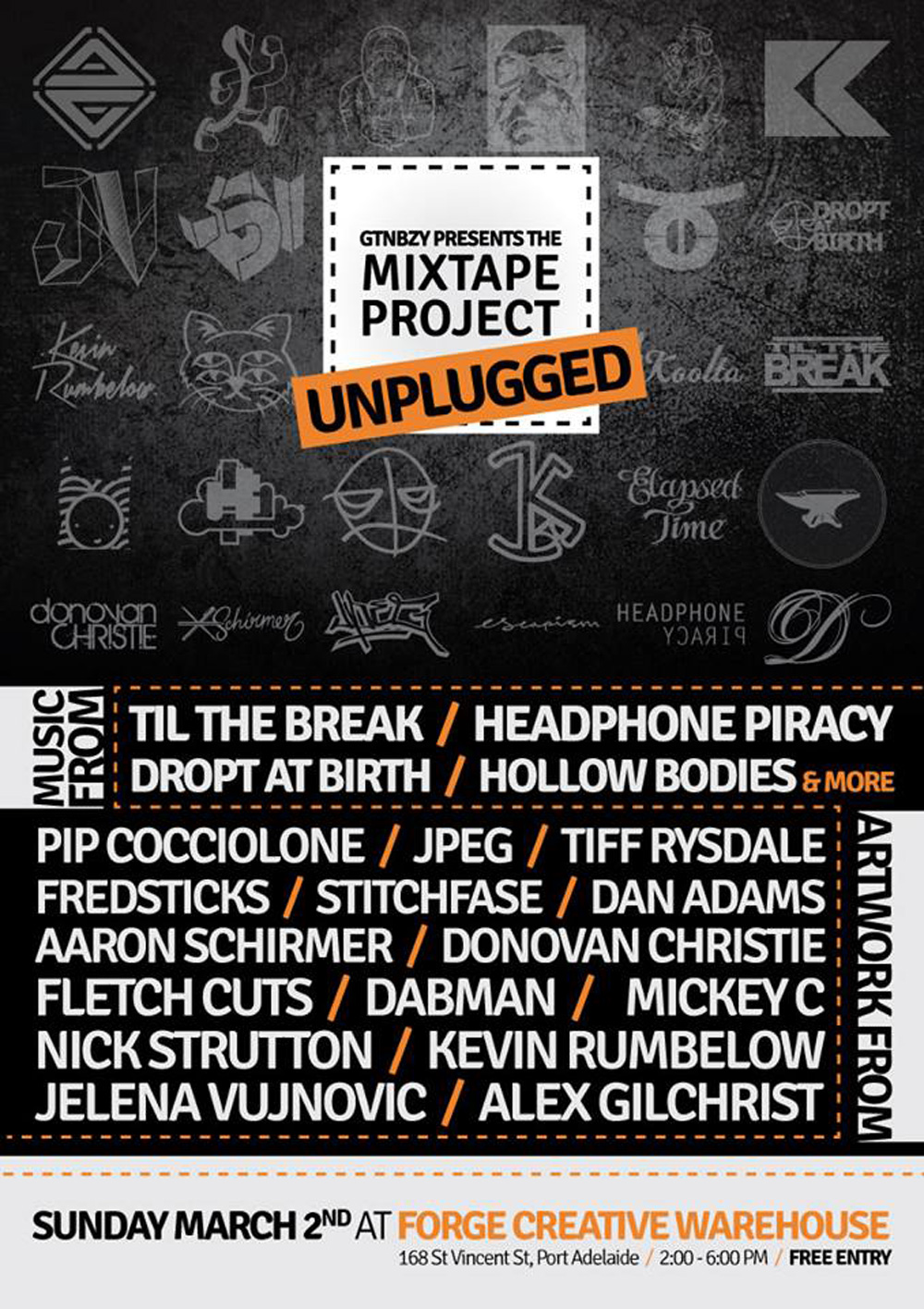 The GTNBZY Mixtape Project saw over 30 musicians and visual artists collaborating on a multi-faceted artistic project, with all of the graphic design and promotional materials created by myself in addition to managing the production of the project. The concept was based around unique expression but underpinned with collaboration, with each visual artist creating artwork based off of each of the music tracks included in the package.

The project was set up to be 100% crowd-funded through Pozible.com. As it relied on existing fans of GTNBZY and it’s individual members to achieve it’s target, the campaign was heavily promoted initially through social media, with progress photos of the artworks circulating around Facebook incorporating the Mixtape Project branding that would later be applied to the finished product.

Following the successfully funded campaign, a pair of performances / art exhibitions took place, again utilising the branding across all of the project’s visual facets including posters, merchandise, title cards etc.

The end result of the GTNBZY Mixtape Project was a packaged collection of the music and art that had been made by the collective, effectively showcasing the many different styles and skills of all of the members, both musical and visual.

The digipack CD design included a premium spot-UV finish and featured sketches by each of the contributing artists on the front cover, combining to make up the GTNBZY logo.

The package included a 32-page booklet with artworks painted to accompany each of the tracks included in the project. The later-released 12” vinyl package included a book containing all of the artwork along with photos from the two launch events.